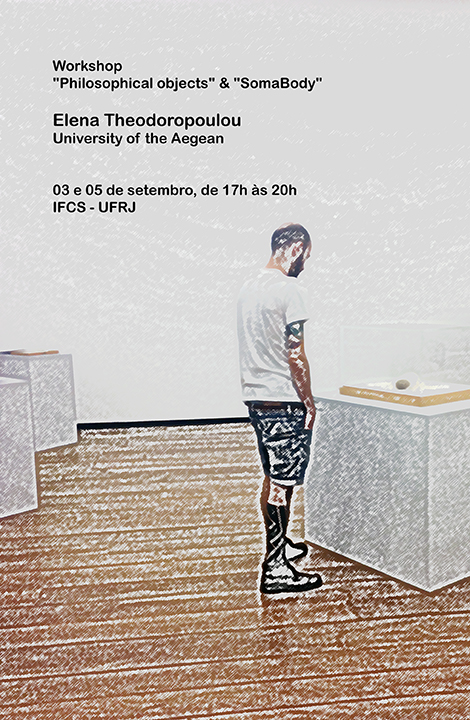 The "Philosophical objects"  & the "SomaBody" projects try to understand if & how philosophy can appear in different ways other than through its established recognitions. And in this sense, these two projects can be examples of practical philosophy. Philosophical objects" are related to the organization of an expository event by the students  presenting  their ideas/works regarding the creation/construction/invention of new objects or the selection or the transformation of already existing objects, which will be defined/highlighted/questioned as “philosophical objects”. Moreover it concerns a pedagogic-initiatory/research plan, with ultimate aim a certain awareness of the participants of recognizing and defining the philosophical element.  Neither the aim of the exposition of “objects” prejudices nor the final exposition of objects validates an affirmative outlook on the initial queries. In the SomaBOdy project a  group of students is invited to perform by reacting and to be mobilized in relation to an initial conceptual scenario, which, through the way and rhythm of body reactions and movements taking place/emerging in the manner of dialogue/encounter, evolves and is modified till the last moment. The improvisational element exists also in the final presentation, which is  formed as a rehearsal among others, a part of a continued process connecting (dia)logos, voice, silence and gesture.