Current debate on Structural Realism (SR) starts when Worrall (1989) suggest this position is capable of accounting for the central intuitions of both Scientific Realism and Antirealism. Since then, it has become a rich field of debate in which complex disputes have emerged. In this paper I maintain that, (a) despite its recent appearance on the philosophical scene, SR constitutes the crowning of an epistemological trend I propose to call ‘structuralist tradition’. I take as its central feature to put the focus on the relations that exist in the natural world, rather than in the nature of the entities that maintain those relations. But (b) despite this common feature, the various positions that have constituted that tradition in general, and the variants of RE in particular, have not offered a precise and uniform notion of structure. 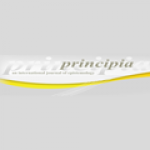