Technology and basic science: the linear model of innovation

The concept of the "linear model of innovation" (LMI) was introduced by authors belonging to the field of innovation studies in the middle of the 1980s. According to the model, there is a simple sequence of steps going from basic science to innovations - an innovation being defined as an invention that is profitable. In innovation studies, the LMI is held to be assumed in Science the endless frontier (Sef), the influential report prepared by Vannevar Bush in 1945. In this paper, it is argued that: (1) the LMI was introduced with critical purposes, as part of the questioning of the conception of science and the proposals for science policies put forward in Sef; (2) at a first level of analysis, the LMI appears as a straw man, defended neither in Sef, nor anywhere else; (3) the LMI is a weapon against the importance attributed to basic science in Sef, and its defense of the financing of basic research by the state; (4) the LMI is a component of the process of commodification of science promoted by neoliberalism. The last section of the paper presents a qualified defense of basic science and basic research.

Palavras-Chave: Linear Model of Innovation,Innovationism, Or 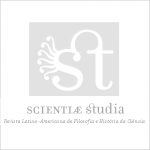